World Flora Online (WFO) is an international initiative to record all known plants, supporting the Global Strategy for Plant Conservation. At the beginning of 2022 it included 1.3 million names, more than 350000 of them names for species that have been accepted as valid.

Taxonomic Expert Networks(TEN) compile and assess information about plant families or smaller groups of plants, and there is one for Meconopsis (with the small genus Cathcartia). Most of the people who are members of that TEN are also members of The Meconopsis Group, and we are specifically represented by Dr Alan Elliott. Most importantly, each TEN manages its own data within its own database system, in this case The Meconopsis Group database. We provide updated information to WFO twice a year. It is checked, and then we receive the latest approved list. What you see on our Classification web page is the latest WFO data, modified to include any changes that The Meconopsis Group has approved, and will be proposing to WFO via our TEN.

Subdivisions of a Genus provide links between related Species, and are invaluable in helping us to understand the genus. Grey-Wilson’s classification (The Genus Meconopsis by Christopher Grey-Wilson, published by the Royal Botanic Gardens, Kew in 2014, ISBN 978-1-81246-369-7.), involved four Subgenera, most of which were divided into Sections, and most of those were divided into Series. The Meconopsis TEN decided to use relevant DNA data (the genetic basis of plants) combined with morphology (what they look like). Using one published set of DNA data [Wei Xiao and Beryl B. Simpson, Systematic Biology, 42, 226-233 (2017)], the outcome was that they divided the genus into four sections, which corresponded to Grey-Wilson’s subgenera. They did not have sufficient data to take the classification further, so The Meconopsis Group proposes that Series should be defined in each case using the lowest level division in Grey-Wilson’s classification, whether it is series, section or subgenus. This diagram illustrates the proposal. 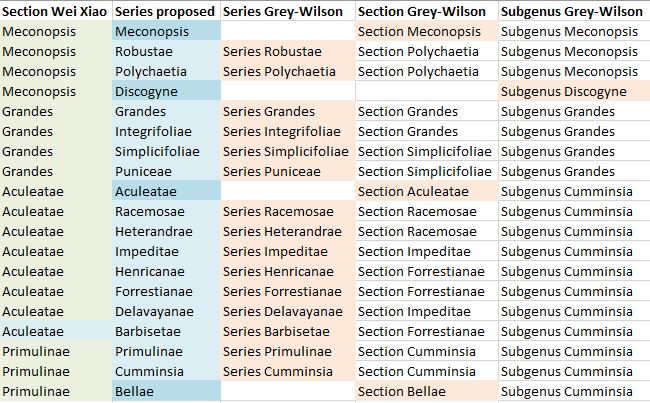 A few of the names (highlighted in darker blue) have not been applied at series level before, so they need formal publication in a botanical journal. Meanwhile, we will use them! Sections and Series are included in the table on our Classification page. 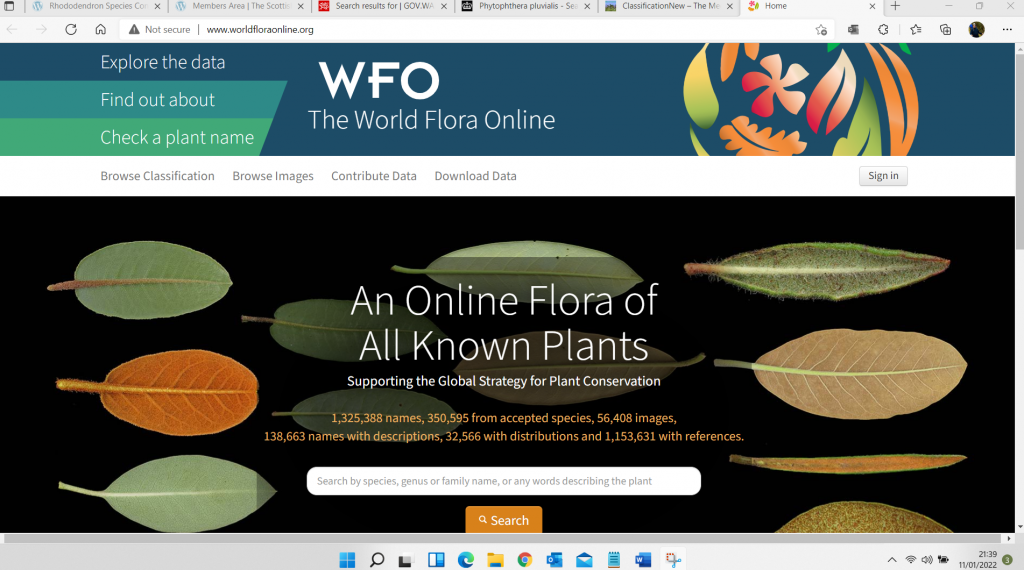